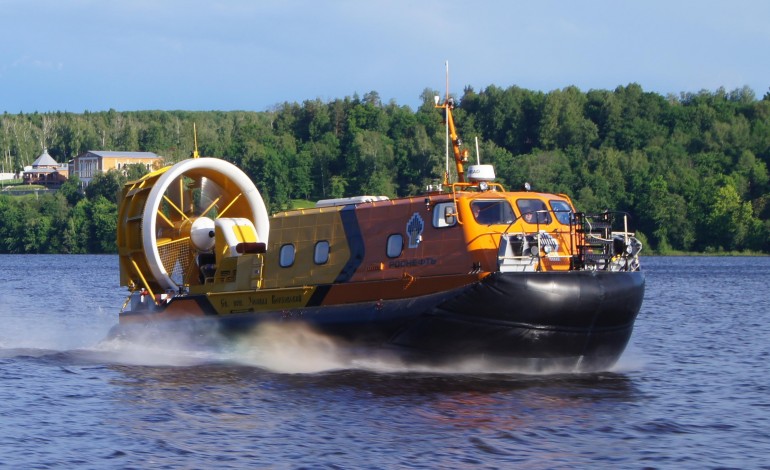 A20 hovercraft is intended for year-round operation on rivers, lakes and in coastal waters. It can travel over shallow waters, ice ridges and deep snow.

The wheelhouse in the front part of the superstructure is designed to accommodate the driver, two passengers and the control panel of the vessel. The entrance to the wheel house is located on the front wall.

The wheelhouse is equipped with vessel control panel, electric boards, the driver’s seat and a seat for the second crew member.

The passenger compartment in the middle part of the superstructure is designed to hold 11 – 26 passengers and luggage.

All seats are supplied with seat belts.

The engine room is located in the stern part of the vessel designed to hold the engine, engine systems, the lifting system and the transmission unit. The room is protected by a hood with covers.

The propulsion and steering unit is located in the stern part of the vessel.

The landing area for passengers is the deck near the front overhang. The deck is covered with anti-slip coating. The gangway ladder is set in the diametrical plane in the same area.

All windows are double-glazed.

The hull is divided by watertight bulkheads into 4 compartments

Materials of hull and superstructure are corrosion-resistant aluminum-magnesium alloys.

The elements of the hull and superstructure are connected by riveting.

Air cushion. The air cushion includes longitudinal side and central inflatable balloons and transverse skirts: a mist collecting skirt, a bow skirt, a middle skirt, and a rear skirt.

The upper level of the balloons consists of air proof inner tubes and protective monolithic covers. The cover is attached to the metal hull by means of “boltslot-boltrope” junction.

– front flexible skirt enclosing the air cushion in the bow;

Power plant. One diesel engine YAMZ-536, 370 HP is installed as the main engine of the vessel. The power from the engine is transmitted respectively to the propulsion propeller and air cushion superchargers.

The engine cooling system can be equipped with Teplostar 20 TC engine heater.

Transmission system including cardan shafts and drive belts provides energy transfer from the engine to the main propeller and air cushion superchargers.

The main propeller. To increase the efficiency of the propeller and improve the safety of the propulsion a controllable pitch propeller is installed in a ring. The blades are made of fiberglass. The surface layer of the blades is reinforced with material preventing abrasive wear. The propeller is driven via a toothed belt.

All rudders are connected via mechanical linkage. Relining of all rudders is carried out synchronously at the same angle.

The rudders are made of aluminium alloy and mounted in bearing supports on the brackets that are mounted on the propeller ring.

The drive controls of the air rudders are designed to control the angle of shifting of the air rudders from the wheelhouse of the vessel. The actuator consists of a steering wheel mounted at the control panel in the wheelhouse and the hydraulic system. The hydraulic system consists of hydraulic pump (the steering wheel is connected to its shaft), the working cylinder, the rod of which is connected to the air rudders, metal pipes connecting the main and the executive units and expansion tank which is designed to accommodate expansion of the liquid when the temperature changes or during recharging system in operation.

Room heating system. Heating of the passenger compartment and the wheelhouse is provided via radiators, heated by liquid from the cooling system of the engine. The radiators are equipped with electric fans.

When the engine is idle the cooling liquid is heated by the engine coolant heater.

The passenger compartment  can also be heated by a separate heater.

Ventilation and conditioning system. Ventilation of the passenger cabin, the wheelhouse is performed by input-exhaust ventilation.

Electric equipment. The main current on the vessel is 24V direct current with 2-wire isolated system.

The main electric power source of the vessel is a 28 V generator (max 200 A), installed on the main engine and batteries working in float mode with the generator.

A set of 4 batteries is used for the following purposes:

The batteries are charged from:

Lighting and signal lights. The vessel has the following types of lighting: basic; emergency; portable.

The vessel is equipped with 2 head lights and 2 search lights operated from the wheel room.

The composition and design of navigation lights installed on the vessel comply with current rules and regulations for high-speed vessels on air cushion. 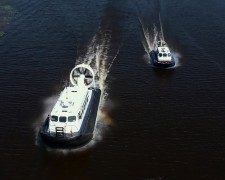 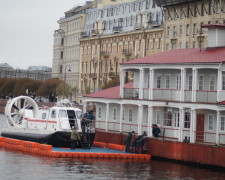 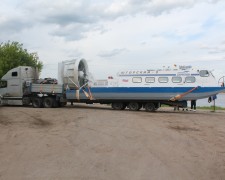 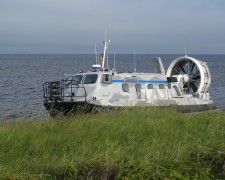 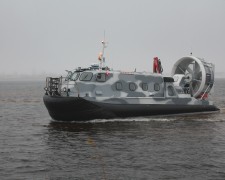 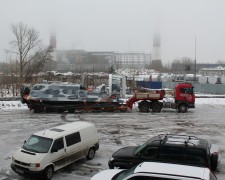 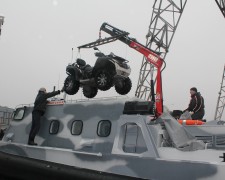 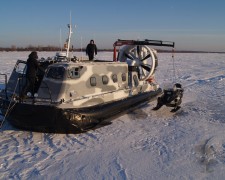 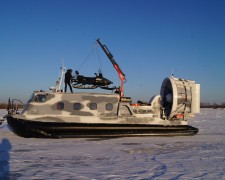 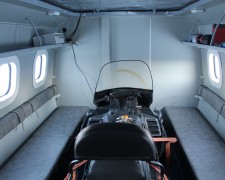 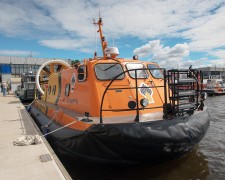 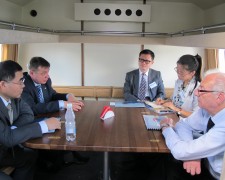 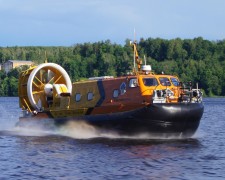 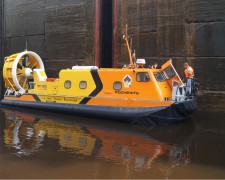 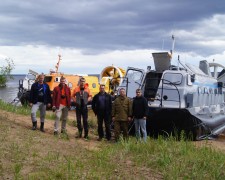 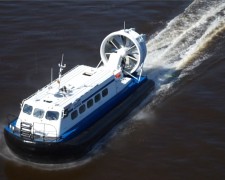 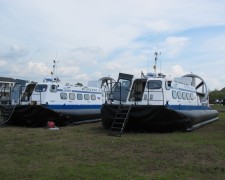 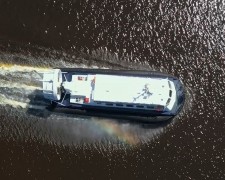 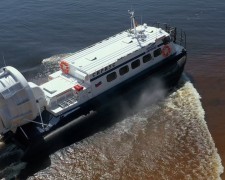 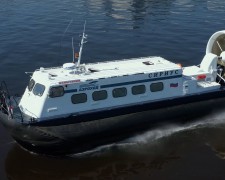 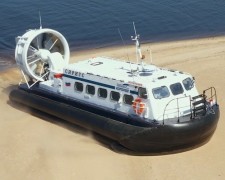